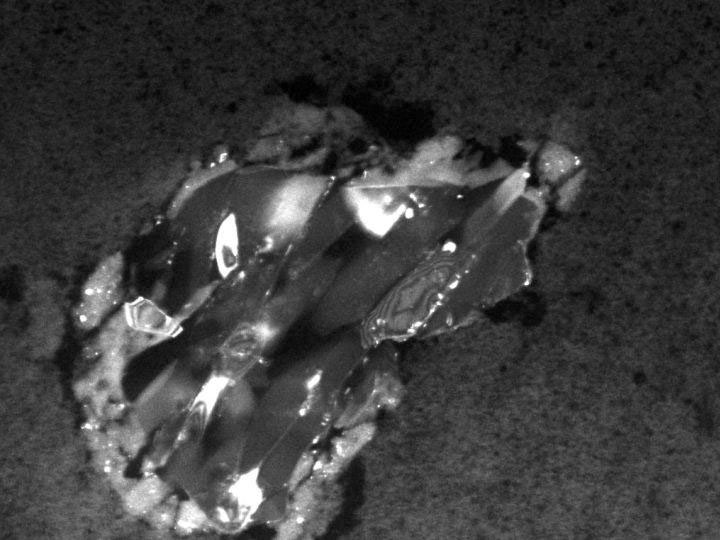 “History has a way of showing that what was once acceptable is complete nonsense.”
– Bono

“The primary goal of Stardust was to collect dust and carbon-based samples during its closest encounter with Comet Wild 2. The successful Stardust mission also brought back samples of interstellar dust, including recently discovered dust streaming into our Solar System from the direction of Sagittarius. These materials are believed to consist of ancient pre-solar interstellar grains and solar nebular grains that include remnants from the formation of the Solar System. Analysis of such fascinating celestial specks is expected to yield important insights into the evolution of the Sun its planets and possibly even the origin of life itself.”

But NASA researchers announced on March 13 another in the long procession of surprises about comets. The grains from comet Wild 2, trapped in aerogel and returned to Earth, were much larger than expected and made from the same high-temperature minerals as found in the most abundant meteorites. This discovery was so unexpected that an early sample was thought to be contamination from the spacecraft.

Once again, rather than revisiting the assumptions about the origin of comets, NASA scientists introduced another ad hoc addition to comet theory. Now the Sun must somehow eject material from inside Mercury’s orbit into the far reaches beyond Pluto’s orbit where it somehow accretes to form comets. The word ‘somehow’ is overworked to death in comet theory.

Michael Zolensky, Stardust curator and co-investigator at NASA’s Johnson Space Center, Houston, said “We have found very high-temperature minerals, which supports a particular model where strong bipolar jets coming out of the early sun propelled material formed near to the sun outward to the outer reaches of the solar system.” A reporter from Astrobiology at the NASA briefing asked pointedly whether anyone had actually proposed such a model of comets before this discovery. The point is that there is no good gravitational explanation for accretion, which has never been observed, nor for bipolar jets, which defy gravity.

The only ring that has been observed in the process of generation is that of Saturn’s E-ring – and that is produced by the electrical machining of water ice from the surface of Enceladus. In other words, disks of dust have only been observed to form by ejection and not by accretion. And as for bipolar jets, their magnetic fields and dynamics show that they are an electric discharge phenomenon.

If successful predictions are a hallmark of a good theory, standard comet theory rates nowhere.

Meanwhile, on this website the electrical model of comets has been presented and quite specific and unusual predictions made, based on that model. They have been successful. If science worked as advertised, the electric model should be top of the agenda for NASA.

Two years ago I explained:

“• Comets are the result of electrical discharge machining of planetary bodies that occurs in the catastrophic evolution of planetary orbits. It is far too simplistic to assume that the planets were formed along with the Sun and remained in their present orbits ever since.

• In addition to removing dust, the gargantuan electric forces of an interplanetary thunderbolt are able to loft entire mountains into space from the surface of a planet. Comets and asteroids can be formed this way.”

“…Plasma cosmologists have shown that stars do not form by gravitational accretion. Stars form in a cosmic discharge, inside a plasma z-pinch. The dusty disks seen about some stars may not be due to gravitational accretion but are more likely to be matter expelled electrically by the central star. Electrical expulsion can also explain the formation of the observed close orbiting gas giants. In a hierarchical fashion, comets can be seen as the debris, or afterbirth, of a planet. They are not primordial.”

Now we have the evidence, delivered to Earth directly from a comet. They are made from the same minerals we find in meteorites and asteroids. They are composed of rocky, planetary material. They are not primordial.

What does this mean?

In fact, the conventional story of the formation of the Sun and the planets from a gravitationally collapsing molecular cloud is no more than a comforting fable. It lulls us into a childlike sense of security when it begins, “once upon a time, 4.5 billion years ago…” It emphasizes a clockwork regularity over aeons that is no more than wishful thinking. Experts in celestial dynamics tell us that more than two gravitating bodies in orbit is a chaotic system. We have no reason to expect the present solar system to look anything like it did in the dim past.

This raises the unexplained issue of mankind’s instinctive fear of celestial apocalypse; of doomsday. It traces to the earliest memories of mankind, at the dawn of civilization. And it surfaces whenever a bright, wandering comet is seen in the heavens. Is it possible that our science instinctively fulfils a need to provide some reassurance in the face of the immensity and capriciousness of the universe? If so, logic and commonsense are pitted against fearful beliefs.

In an ELECTRIC UNIVERSE® any body on an elongated orbit within the influence of an electric star will become a comet. A cometary display is simply an electrical discharge phenomenon.

So what do we make of the fact that all of the original words used to describe the planet Venus were those applied to comets? When the space-age discovery was made that the Venusian magnetosphere sweeps over the Earth when the two planets are closest, scientists described it as “the cometary tail of Venus.” There is abundant forensic evidence available that connects the fear of the comet, and doomsday, with the planet Venus.

The obvious conclusion is that the solar system is not Newtonian clockwork. If Venus was a stupendous, threatening comet within the memory of mankind there must be another force at work, as well as gravity, which operates to quickly restore stability. The result is the solar system we see today, which gives no clue to a recent turbulent history.

The answer, once again, can be found if we accept that the Sun is the focus of a galactic discharge. All of the planets and comets are charged bodies orbiting within the Sun’s plasma sheath. Bodies on cometary orbits experience visible electric discharge and ‘non-gravitational’ forces. Charge exchange occurs between bodies when their cometary plasma sheaths intersect. If it is a close encounter, ‘non-gravitational’ electrical forces dominate. The result is that planets effectively space themselves apart by roughly their plasma tail’s length. Collisions are avoided and celestial order maintained electrically.

The insights that comets can provide relate to the energetics of planetary electrical encounters. Their compositions may allow us to identify which bodies they came from. Their orbits, and those of the asteroids, may identify where planetary encounters took place in the recent past.

Comets are youngsters. They are ‘Rosetta Stones’ for the recent history of the solar system. Only when we understand that history will we have any basis for confidence about theories of the earliest times.