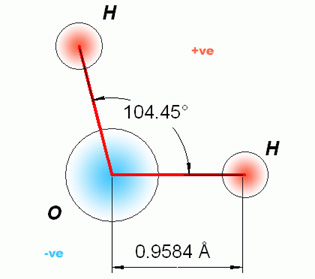 The following excerpts come from a report that appeared in the Institute of Electrical and Electronics Engineers (IEEE) magazine, SPECTRUM, for April. The report demonstrates that when science has lost its way, engineers must use their intuition to make progress.

But for now, doubters prevail north of the border.

From at least the early 1940’s to the end of the 20th century, it always rained more in the state of Jalisco, in central Mexico, than in its neighbor Aguascalientes. But in 2000, on a patch of parched pasture in Aguascalientes, workers from Mexico City-based Electrificación Local de la Atmósfera Terrestre SA (ELAT) erected a peculiar field of interconnected metal poles and wires somewhat resembling the skeleton of a carnival tent. Since then, about as much rain has fallen on the plains of Aguascalientes as on its more lush neighbor.

The brainchild of a fractious group of Russian emigré’s, the poles and wires are in fact a network of conductors meant to ionize the air. If the technique is done properly, the thinking goes, the natural current between the earth and the ionosphere is amplified, leading — through a mechanism that is not fully understood — to rainfall. There are now 17 such installations in six states in Mexico, and in January, federal government agencies decided to back construction and operation of 19 more by 2006, potentially altering the weather in much of parched north and central Mexico. Meanwhile, by May, ELAT’s competitor Earthwise Technologies Inc., of Mexico City and Dallas, could win the right to establish ionization stations in southwest Texas’s water-starved Webb County, which would make it the first such installation in the United States.

But some atmospheric scientists aren’t so sure the Russians aren’t selling snake oil. “[Ionization] is highly unconventional and in my realm of experience, I have seen no concrete evidence published in a refereed journal, nor have I seen sufficient credible eyewitness verification that the technology works as touted,” says George Bomar, the meteorologist charged by the Texas government with licensing the state’s weather modification projects.

Comment: This is the common phenomenon of cognitive dissonance in science. The Russians are performing a weather experiment which should fail according to accepted theory. So the scientist complains that he has “seen no concrete evidence published in a refereed journal.” But the complaint reduces to a matter of belief. Scientists do not believe electrical power is input to weather systems. Referees who believe atmospheric electricity is an effect, rather than a cause of weather, would almost certainly find grounds for rejecting funding for, or publication of, such an experiment. The same applies to the publication of reports from credible eyewitnesses. For decades airline pilots witnessed strange lightning above storms but were discouraged from reporting it. The objection is unfair and unscientific. Advances come from challenging established beliefs.

Ionization technology is called either IOLA (ionization of the local atmosphere) by Earthwise or ELAT (electrification of the atmosphere) by the company ELAT. IOLA and ELAT compete with conventional cloud seeding, which — though it also remains scientifically unproven — is used in more than 24 countries and 10 U.S. states. Cloud seeding usually involves dispersing a chemical agent such as silver iodide into cloud formations, which helps ice crystals form, leading, it is thought, to bigger clouds and more precipitation than without seeding. The ionization approach, according to Bissiachi, now ELAT’s vice president of R&D and operations, does a similar job but twice over. Ions attract water in the atmosphere, creating the aerosol that produces clouds, and they also charge the dust already in the air, making particles become more attractive nuclei for water droplets, which coalesce and fall to the ground as rain.

Comment: It seems that the basic problem in gaining acceptance for ionization technology is the facile description of what causes rain. And that is a problem inherited from the experts –’ the meteorologists and atmospheric scientists. The water molecule is fascinating because, unlike the nitrogen and oxygen molecules in the air, it is electrically polarized.

In an electric field, the water molecule will rotate to line up with the field. When it condenses in a cloud the average electric dipole moment of a water molecule in a raindrop is 40 percent greater than that of a single water vapor molecule. This enhancement results from the large polarization caused by the electric field induced by surrounding water molecules. In the atmospheric electric field the water molecules will be aligned with their dipoles pointing vertically and in a sense that is determined by the charge polarization in the cloud. It is interesting to note that the tops of storm clouds are positively charged and the base is negative. That is the reverse of the radial charge polarization within the Earth itself. And it is this charge polarization that gives rise to the low-order attractive force we call gravity. So it is proposed that water droplets in clouds experience an antigravity effect. It appears to be related to the ‘Biefield-Brown Effect,’ where a charged high-voltage planar capacitor tends to move in the direction of the positive electrode. That effect may explain how millions of tons of water can be suspended kilometres above the ground, when cloud droplets are about 1,000 times denser than the surrounding air.

Of course, this raises the issue of charge separation in clouds. The conventional ‘isolated Earth’ view is that positive and negative charge is ‘somehow’ separated by vertical winds in clouds and that this process in thunderstorms is responsible for charging up the ionosphere and causing the atmospheric electric field. But this begs the question of cause and effect. Recent high-altitude balloon flights find that charge is not built up in the cloud, it already exists in the ionosphere above. In January 2002 I argued the ELECTRIC UNIVERSE® model:

“Thunderstorms are not electricity generators, they are passive elements in an interplanetary circuit, like a self-repairing leaky condenser. The energy stored in the cloud ‘condenser’ is released as lightning when it short-circuits. The short-circuits can occur either within the cloud or across the external resistive paths to Earth or the ionosphere. The charge across the cloud ‘condenser’ gives rise to violent vertical electrical winds within the cloud, not vice versa.”

This view accords with a recent report (17 November 2003) in Geophysical Review Letters by Joseph Dwyer of the Florida Institute of Technology, which says that according to conventional theory electrical fields in the atmosphere simply cannot grow large enough to trigger lightning. “The conventional view of how lightning is produced is wrong.” And so “the true origin of lightning remains a mystery.”

Water vapor in rising air cools and condenses to forms clouds. The conventional explanation for rising air relies upon solar heating. The electrical weather model has an additional galactic energy source (the same that powers the Sun) to drive the movement of air. It is the same energy source that drives ferocious high-level winds on the giant outer planets, where solar energy is extremely weak. Once the water vapor condenses into water droplets it is more plausible that millions of tons of water can remain suspended kilometres above the Earth by electrical means, rather than by thermal updraughts. The clouds would act to reduce thermals.

Returning to the article, can we explain how “the natural current between the Earth and the ionosphere is amplified” and how that might increase rainfall? It seems to follow naturally from the electric weather model because the ion generators are supplying mobile charge carriers into the dielectric or atmosphere, which increases the leakage current between the Earth and the ionosphere. The vertical leakage currents drive vertical motion of the air. In some instances these invisible currents are probably responsible for that unseen danger to aircraft — clear air turbulence. And we find the most severe vertical winds in thunderstorms, where electrical power is dramatically evident.

Earthwise’s installations are structures about 7 meters high, shaped like short open-topped air-traffic control towers, that house proprietary ion generators and blowers to lift the ions. Separate antennas amplify the ionization by manipulating the local electric and electromagnetic fields. ELAT’s installations work in the same manner but are more primitive in appearance, consisting of a 37-meter high central tower surrounded by 8-meter posts arranged hexagonally at a distance of 150 meters. The tower and posts are interconnected by wires, which when set to a high dc voltage by a 2-kilowatt generator, ionize air molecules such as nitrogen and oxygen. According to Bissiachi, as the ions waft upward, they produce about 1 milliampere of current. This current swamps the Earth’s natural current — about 1 picoampere — and can affect the weather up to 200 kilometers from the station, he says.

Summing up all its tests from 2000 to 2002, ELAT and its U.S. and Canadian counterpart Ionogenics, in Marblehead, Mass., claim that ionization led to about double the average historical precipitation stimulating, among other things, a 61 percent increase in bean production in Mexico’s central basin in the last three years. Cloud seeding, in comparison, typically claims only a 10-15 percent improvement in rainfall.

Despite the claimed successes, ionization has its critics. Atmospheric scientists contacted for this article noted that even the four years of testing was too brief a period to prove that the effects seen were not due to some sort of extraordinary variability in the local weather. Bissiachi claims that the criticism goes to a deeper prejudice. “Meteorologists are not used to thinking that electrical phenomena could be important to the normal hydrodynamic model,” he says.

Weather modification technology has always had a hard time standing up to rigorous scientific scrutiny. Ross N. Hoffman, a vice president at Atmospheric and Environmental Research Inc. in Lexington, Mass., helped complete a scientific review of cloud seeding, which was released by the U.S. National Research Council, Washington, D.C., in November 2003. It found that even after more than 50 years of use, cloud seeding remained unproven from a scientific standpoint. “[Ionization] faces the same problems cloud seeding does,” he says. Among those are uncertainty about the natural variability of precipitation, the inability to accurately measure rainfall,and the need to randomize and replicate experiments. The last is particularly troublesome, since weather modification companies are typically hired to induce rain whenever they can. Randomly turning on or off the system to prove a point is not in the customer’s interest, Hoffman notes.

Ionization also suffers doubts about its basic plausibility. Brian A. Tinsley, a physicist at the University of Texas, Dallas, and an expert on the effects of ions and current in the atmosphere, points out that the ionosphere is about 250,000 volts positive compared with the ground. But the effect of the resulting current, and changes to it from cosmic rays and other phenomena, on droplet formation and precipitation is “relatively small” and restricted to certain types of clouds in specific locations, he says. Considering the size of the natural voltage and the modesty of its impact on rainfall, effective weather modification using ionization, he believes, would require enormous power input and hundreds of square kilometers of antenna arrays.

Comment: If conventional theory fails to explain electrical storms it cannot be used to discount the results of ionization experiments. Instead, conventional theory suffers doubts about its basic plausibility. Weather experts have a limited view of the electrical nature of the Earth and its environment. The “enormous power input” is freely available from the galaxy. That galactic electrical power drives the weather systems on all of the planets and even the Sun. So the ionization experiment is rather like the control gate in a transistor, where a small current into the control gate influences the entire power output of the transistor. This method of weather control should eventually force the critics to think again.