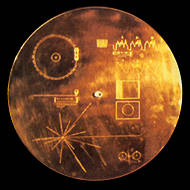 “Homo sapiens sapiens is not always as sapiens as he sapiently should be.”
Professor Gus Nossall.

Two Voyager spacecraft are carrying a message from the human race to the remote future, somewhere in the distant stars. Our faint hope is that some other life form will find one of those spacecraft and decipher its cryptic hieroglyphs. If so, we will have established contact with other intelligent life in the universe!

In a similar way, our ancestors have sent us not one, but thousands, of important messages in the form of legends and art from our remote, alien past. Like the Voyager message, they require intelligence to decode. Do we have that intelligence? Surprisingly, until the last half of the 20th century, the answer has been no! The problem has been in our human tendency to project our familiar world onto those messages. Intelligent aliens would be better equipped to decode those messages because they would have to make a conscious effort to give up their familiar references in an effort at understanding. 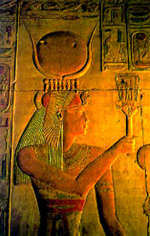 As the comparative mythologist David Talbott has shown, we have simply assumed that the sky we rejoice in is the same as the sky that our long-forgotten ancestors lived beneath. On the other hand, alien investigators would not know whether we had one sun, or two or more, what color those suns were, and whether they rose and set like ours. So, when the ancient peoples from around the world record that the sun remained fixed in position in the sky, the aliens could allow for the possibility that the Earth was in some kind of phase lock with its nearest star. What have we done with similar information? We have discarded it as impossible nonsense.

So our first obstacle has been the intellectual arrogance we bring to our attempts at understanding the stories and images our ancestors considered of utmost importance to be passed on faithfully to future generations. What we fail to understand we have minimized or denigrated. As De Santillana and Von Dechend wrote in Hamlet’s Mill – An Essay Investigating the Origins of Human Knowledge and Its Transmission Through Myth:

“… we almost dare not admit the assumption … that our ancestors of the high and far-off times were endowed with minds wholly comparable to ours, and were capable of rational processes -always given the means at hand. It is enough to say that this flies in the face of a custom which has become already a second nature.

Our period may some day be called the Darwinian period, just as we talk of the Newtonian period of two centuries ago. The simple idea of evolution, which it is no longer thought necessary to examine, spreads like a tent over all those ages that lead from primitivism into civilization. Gradually, we are told, step by step, men produced the arts and crafts, this and that, until they emerged into the light of history.

Those soporific words “gradually” and “step by step,” repeated incessantly, are aimed at covering an ignorance which is both vast and surprising. One should like to inquire: which steps? But then one is lulled, overwhelmed and stupefied by the gradualness of it all, which is at best a platitude, only good for pacifying the mind, since no one is willing to imagine that civilization appeared in a thunderclap.”

The use of the word “thunderclap”is remarkably prescient of the authors for it has been established by Talbott, that the over-riding concern of our ancestors was with the actions of the capricious and warring planetary gods. And the weapon of choice was the thunderbolt. It was no earthly spark. It took the strange involuted, corkscrew form of plasmoids and was associated with stones (meteorites) falling from the sky and global devastation.

It is therefore of little wonder that mythic traditions were established in an effort to remind future generations of those terrible experiences. Recent evidence from genetic studies suggests that the human race sprang from a handful of survivors. The question remains – survivors of what? Talbott answers provocatively that we are survivors of the apocalypse; doomsday; the end of the world. It was a time when the planets were not mere specks in the night sky but instead loomed as majestic, sometimes terrifying, spheres in the heavens.

Like me, Talbott received an early intellectual mentoring from that great but unrecognized interdisciplinary scholar of the 20th century, Immanuel Velikovsky. It was he who identified the biologically impossible fire-breathing, flying dragon or serpent as an awe inspiring comet which later settled down to become the planet Venus. Velikovsky alone predicted the intense internal heat of Venus and was further vindicated before his death by the announcement of Venus’ “cometary tail” which stretches as far as the Earth’s orbit. As space exploration has continued, his ideas of 50 years ago have been confirmed while experts are continually forced back to their drawing boards. If a theory were to be judged by its successful predictions then Velikovsky should have received a Nobel Prize. Instead, academics lashed out with unprecedented fury at someone who would cross their jealously guarded disciplinary boundaries and open doors that they were unaware existed.

The overwhelming desire “not to know” certain things seems to afflict us all. That is particularly true where the safety of our tiny blue spaceship Earth is concerned. It could be that much of modern science is subconsciously aimed at making us feel safe by pushing cataclysmic events into remote times or deep space. Velikovsky suggested that the human race behaves collectively like the victim of a dreadful trauma. The result is a kind of localized amnesia and an unwillingness to confront the painful memory. But until we face and accept our true past we will continue to behave neurotically. Here may lie the key to understanding our insane destructive behaviour toward ourselves and the planet as an unconscious identification with, and re-enactment of, the power of the old planetary gods. Only understanding can bring true healing.

Clearly, astronomers can point to powerful theoretical reasons why the solar system cannot have had a chaotic recent history. However, astronomy is an odd science. While using all of the trappings of 20th century technology, its theory is firmly rooted in gas-light era science. As Velikovsky rightly said, “it is of Victorian vintage”. Astrophysicists have not yet discovered the electric light. Nowhere will you find any reference to electrical energy in celestial mechanics. Yet the ancients were adamant, as Heraclitus, ca. 500 B.C., put it: “it is the thunderbolt that steers the universe“. Anomalistic behaviour of experiments during solar eclipses show that we do not understand the true nature of gravity. Common sense (which as one wag said, isn’t so common) suggests that it is a property associated with the fundamental electrical nature of matter and has nothing to do with empty space.

So, aliens who intercept a Voyager spacecraft should have a clear advantage in deciphering our plaque and recording from the remote past.This is in stark contrast to our difficulty in understanding messages from our own species in the not so distant past. Aliens would not need to impose limits like a planet that has been undisturbed for billions of years, merely to make them feel secure. The chances are that they live in a far more interesting environment anyway, with two or more suns. But they should have no difficulty in visualizing a planet orbiting a gas giant, with other planets looming nearby, and a distant single sun. Nor do we – provided that it is an artist’s fancy of an alien planet. Yet this is the kind of message we have been sent from the past!

The aliens won’t have to be super intelligent to detect from the Voyager recordings that they are dealing with a damaged species. And when they see that we have not mastered the electrical nature of gravity and resort to primitive rocket engines – maybe they will have discovered homo sapiens ignoramus?