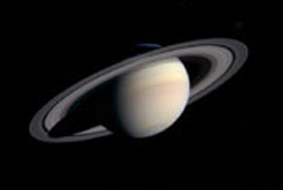 Mel Acheson’s thought provoking and entertaining “epistemological commercials” have enlivened the free Thoth email newsletter and many of our public meetings. I feel it is appropriate that I include, with permission, his most recent “commercial” at the beginning of this momentous year.

First, the Cassini mission arrives mid-year to orbit for the first time the cinder of our ancient electric star – Saturn. Science is oblivious of the significance of this ‘homecoming’ and will be surprised as usual by new discoveries.

Second, a significant first book is to be published that will open the doors to a general understanding of the ELECTRIC UNIVERSE® and the recent catastrophic history of the solar system and the human race.

It is in this context that, as Mel writes: “it’s necessary for Ockham to grow a beard of speculations that revolutionizes what we used to know.”

Imagine a volcano. Imagine a pyroclastic flow erupting from the volcano, surging into the valley, and swirling up the opposite mountainside. Focus your attention on the concept “pyroclastic flow.” It’s composed of a network of ideas about hot gases and steam, pulverized and molten rock, magma pressure and gravity, fracturing and fluidization. If you’re a vulcanologist, you may recall lab experiments with fracturing basalt under great pressure. If you’re a layman, you may visualize an illustration of magma seeping into crevasses.

Virtually no one will think of plasma and electricity. Expert and layman alike will find nonsensical the proposal that a pyroclastic flow could be an electrical discharge within the earth that dissociates rock into ions and dust, creating a plasma that’s heated, suspended within a double layer, and jetted across the valley by electrical forces. (Thanks to Harold Tresman for getting me to think of it). After all, a pyroclastic flow is already explained by mechanical theories. Adding on electricity only complicates things, and the principle of Ockham’s Razor dictates that unnecessary assumptions be cut off. All else being equal, the simpler explanation is preferable.

But all else is not equal. Theories are not simply “after-thoughts,” explanations appended to given facts. In the first place, a pyroclastic flow is not an incorrigible object of perception. The act of seeing a pyroclastic flow is not a simple matter of lenses and images, not a camera of the eye recording an image on the film of the mind. Stimuli on every 100 rods and cones in the retina are “zipped” into a stimulus on one optic nerve fiber.(1) So this first stage of perception already involves a process of classification. In the visual cortex, the classified stimuli are conflated with other stimuli and linked into networks of nervous activity. At this preconscious level the physiology of our nervous system has already determined in large part how we will understand what we see. The image of a pyroclastic flow that appears in the mind’s eye is a gestalt whose relationship with the original stimuli is analogical and metaphorical.(2) Perception is both conceptual and creative. Facts are not so much “given” as “formed.” We understand unities before we understand their parts.

In the second place, a plasma assumption is not added on to the existing mechanical explanation. The plasma explanation DISPLACES the mechanical one, dispensing with mechanical assumptions and incorporating electrical ones. It’s a unity of conception and perception that organizes our experience of what we call a pyroclastic flow in a different way from the mechanical unity. The unities of understanding are more fundamental than the parts into which they can be analyzed.

With different facts, different assumptions, and different ways of understanding them, the blade of simplicity may cut the other way: Plasma may explain more with fewer assumptions than the familiar concretion of mechanical theories. But because most of the assumptions are unconscious, there’s no way to count them and thus no measurable way to compare the two explanations: They are, in Thomas Kuhn’s oft-repeated word, “incommensurable.”

Ockham’s preference for simplicity consequently reduces to a bias for familiarity. The explanations we’re familiar with work for the facts as we’ve come to know them in part because we’ve come to know the facts that work for the explanations we’re familiar with. (Putting the situation in this circular form makes it sound whimsical, but the history of science demonstrates that developing workable circles of concepts and facts is actually difficult and rare.)

What we really want to know is not which explanation is simplest but which is actually the case. Many painful and embarrassing experiences have taught us that our wanting can fool us with false answers. But this wanting to know the actual case fools us with a false question. We try to be dispassionate in asking our questions and to be attentive to nature’s answers. But it will always be OUR questions that we ask, and OUR questions will always arise from and carry within themselves our cultural, historical, and biological determinants of what we can experience and imagine(3).

As culture evolves, as history proceeds, as biology adapts, we discover new facts and imagine new ways to understand old facts. Mechanical theories that explained well the mechanically understood facts of an age familiar with mechanical things will become awkward and finally unimaginable as awareness of electricity throughout the cosmos renders plasma behavior familiar.

We are living in a time that calls for theoretical hirsuteness. Our familiar theories have enabled us to experience things that undermine those theories and expose their contradictions and limitations. With the discovery that the universe is composed almost entirely of plasma, and with the realization that conventional science knows almost nothing about the behavior of plasma, everything we thought we knew must be re-examined. We need to encourage speculations and to devise tests that will separate the promising from the disappointing. The institutions of funding and peer review need to acquire a little courage and loosen their terrified clinging to familiar theories. They need to regain confidence in empirical investigation. We are entering an age of exploration and discovery: The theoretical sciences should acquire an appropriate sense of adventure.

(1) The human eye contains about 100 million light sensing cells. These are connected to the brain with only about 1 million nerve cells. This relationship is typical of neural ensembles connected to other ensembles.

(2) See Lakoff and Johnson, Philosophy in the Flesh, or, more accessible but somewhat dated, Metaphors We Live By. The first two chapters of Jaynes, The Origin of Consciousness in the Breakdown of the Bicameral Mind, are also enlightening. Hayek, The Sensory Order, reviews earlier research in perception, which has been all but forgotten but closely parallels recent discoveries.